Seafarers - Safeguarding The Backbone of Shipping Beyond COVID-19

Seafarers - Safeguarding The Backbone of Shipping Beyond COVID-19
Wednesday, July 1, 2020, 9:00 AM EDT
DURATION: 40 MINUTES FOLLOWED BY Q&A SESSION LISTEN TO OUR EXPERT PRESENTERS LIVE FROM YOUR OWN DESK

The unprecedented challenges of the current environment have drawn attention again to the key role and function of Seafarers, who are the backbone of the maritime industry.

When the world was in global lockdown, ships kept sailing, picking up and delivering cargo and keeping the global supply chain uninterrupted. This could not have been achieved without the endurance and commitment of the crews on board.

But the issues related to Seafarers, who originate from several countries around the world, go well beyond the COVID-19 era. The shipping industry depends on the continued supply of well trained and well treated Seafarers who choose a maritime career.

A top level panel of key stakeholders will discuss critical topics and initiatives related to Seafarers during the COVID-19 period and beyond, such as: 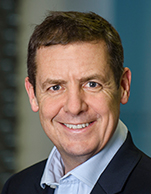 Guy was appointed Secretary General of the International Chamber of Shipping (ICS) in August 2018. The ICS membership comprises national shipowners' associations in Asia, Europe and the Americas whose member shipping companies operate over 80% of the world's merchant tonnage. The ICS represents and promotes the views and interests of its member at a variety of fora including the International Maritime Organisation, International labour Organisation and many others.

Guy has extensive experience in the maritime industry both at sea and ashore and is a qualified Master Mariner. He has held a number of senior positions including Chief Executive of the UK Chamber of Shipping, Chief Executive of Caledonian Maritime Assets Limited (a ferry and port owning company providing lifeline ferry services to communities in Scotland) and Director of Marine Operations for the Northern Lighthouse Board which is responsible for lighthouses, buoys, beacons and Aids to Navigation throughout Scotland and the Isle of Man.

His career at sea began in 1982 with the Royal Fleet Auxiliary Service. He joined the RNLI in 1993 as an Inspector of Lifeboats, latterly as Inspector for Scotland training and overseeing lifeboat crews around the coast and following this he served with the MOD as a Salvage Officer and led or contributed to a number of projects including the removal of oil from a sunken World War 2 battleship, recovery of ditched aircraft and the refloating of a grounded warship. 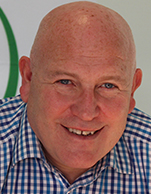 Stephen Cotton is the general secretary of the International Transport Workers' Federation (ITF), a global union federation of nearly 700 trade unions representing 20 million workers in 150 countries in the maritime, port, road, rail, aviation and urban transport sectors. He was elected to the position at the 43rd ITF Congress held in Sofia, Bulgaria, in 2014, and re-elected at the 44th ITF Congress in Singapore, 2018.

Under his leadership as general secretary, the ITF has transformed into a proactive campaigning organisation, allowing the ITF and its affiliates to secure industry-leading contracts and protocols with key multinational companies in the transport sector, including aviation, maritime and road transport.

Cotton joined the ITF in 1993 as head of the agreements unit in the maritime section. He was later promoted to the position of assistant secretary of the special seafarers' department (SSD), secretary of the SSD and maritime coordinator prior to his appointment as acting general secretary in October 2012.

During his time as leader of the ITF's maritime section, significant achievements were made that have positively impacted the maritime industry and bettered the lives of seafarers. The ITF inspectorate expanded from 35 to 147 inspectors and contacts, and ships covered under ITF collective bargaining agreements increased to over 12,000 from less than 2,000. Cotton oversaw major Flags of Convenience (FOC) policy changes and led the introduction of 'Oslo to Delhi' and Mexico City policies, which laid the foundation for the landmark 2006 signing of the International Labour Organization's Maritime Labour Convention (MLC) - establishing a set of international minimum standards enforceable by international law.

He is Chair of the Council of Global Unions (CGU), a trustee of the ITF Seafarers' Trust and serves on the United Seaman's Service (USS) governing body.

In 2014, Cotton received the United Seamen's Service (USS) Admiral of the Ocean Sea Award (AOTOS), the maritime industry's most prestigious award, in recognition of his work for defending the well-being and fair treatment of seafarers around the world. 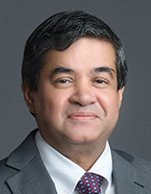 Capt Belal is the Current Chairman of International Maritime Employers Council (IMEC). He is also the Managing Director of Western Shipping Pte Ltd, Singapore. Capt Belal is in the shipping industry for nearly 42 years, out of which he was at sea for 22 years. His experience in the industry uniquely qualifies him to comment on the commercial shipping as it is today.

Capt Belal graduated from Marine Academy in Chittagong, in 1978. He continued his education in the UK and obtained him Master’s Certificate in 1988. His carrier at sea has taken him around the world and provided the insight of the global shipping that he is committed till today. His experience in Industrial relations, Human resource development, Seafarer training is recognized globally. His involvement in IMEC provides the platform to influence the decisions that are fundamental to ensure seafarers rights, obligations and career developments.


The webinar will consist of a 40-minute expert discussion, which will be followed by a Q&A lasting for 15 minutes. This webinar will be archived and available for replay upon registration.

Achieve Maximum Visibility as the Exclusive Presenter/Sponsor of a Capital Link Webinar
When was the last time you were able to talk to a global audience about your company's products and services? We can help you do that with one of our cost-effective, high-return Webinars.
The Capital Link Shipping Webinar Series provides numerous live and on-demand playback investor webinars that are focused on topics of contemporary interest in the industry. As a sponsor of one of these webinars, your company will provide updates and enlightenment on issues of importance while aligning your organization with the interests of our audience. Sponsors of these webinars will receive brand recognition and exposure as well as the ability to offer a white paper or PowerPoint presentation at registration to webcast attendees so as to generate leads.
For more information on webinar sponsorship opportunities, please email forum@capitallink.com or call +1 212 661-7566.
Capital Link - New York - London - Athens230 Park Avenue - Suite 1536 - NY - New York 10169, USA - Tel.: +1 212 661 7566 - Fax: +1 212 661 7526Longcroft House,2-8 Victoria Ave, London, EC2M 4NS, U.K - Tel. +44(0) 203 206 1320 - Fax. +44(0) 203 206 132140, Agiou Konstantinou Str, Suite A 5, 151-24 Athens, Greece - Tel. +30 210 6109 800 - Fax +30 210 6109 801 www.capitallink.com - www.capitallinkshipping.com - www.capitallinkportals.comwww.capitallinkforum.com - www.capitallinkwebinars.com