DURATION: 40 MINUTES FOLLOWED BY Q&A SESSION
LISTEN TO OUR EXPERTS LIVE FROM YOUR OWN DESK

Click bellow to view all of the webinar presentations

The webinar is intended to serve as an introduction to the new insolvency provisions expected to come into effect in Greece as of the beginning of 2021.  The Code is styled Code for Debt Settlement and Second Chance.

This bill is no less than a revolution for Greece. It introduces a unified code for restructuring and bankruptcy of individual and corporate debt for the first time in the country's history. It implements directly the recent EU Directive on restructuring and insolvency (1023/2019) ahead of all other member states. As such, the new Code should also help Greece better participate in the EU banking and markets union. 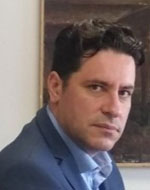 He has coordinated the implementation of the institutional framework for reducing private debt, focusing on non-performing loans, as well as debts towards State (Tax Authority, Social Security Institutions).  The most important projects include the creation and implementation of debt restructuring schemes:

In order to tackle over-indebtedness and promote financial literacy, he has developed a nationwide network of 50 Debt Information and Support Centers and Offices, which provide advice to households as well as small and medium-sized enterprises for free.

In the past he has served as Special Advisor for Sustainable Development in International Organizations, such as the United Nations (2003-2009) and the European Commission (1999-2002).

He served as Special Advisor to the Ministries of:

Postgraduate studies in Strategy and Leadership at Oxford SAID Business School as well as Executive Master’s in Business Administration at American College of Greece (ALBA). Deputy Lecturer of Laboratories of the National Technical University of Athens, where he also obtained a PhD in Engineering. He has published numerous scientific articles in international research journals and has participated as a speaker at national, European and international conferences. Graduate in Environmental Management at the Aegean University. 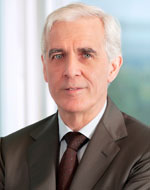 Stathis has a broadly based transactional practice. He has worked on legislative and regulatory issues of the capital and derivatives market, financing and banking issues, international arbitration and corporate transactions and restructurings, including the transfer of loan portfolios.

Stathis is an INSOL International Fellow, a Fellow of the American College of Bankruptcy and a member of the International Insolvency Institute. He was also a member of a group of experts formed by the European Commission for the preparation of the recently passed Preventive Restructuring and Second Chance Directive.  He is admitted to practice in Greece and in the State of New York. 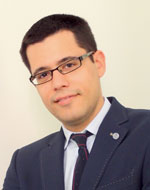 Alexandros Rokas is specialized in the areas of insolvency and restructuring, as well as corporate law. He holds an LL.B. from the University of Athens, LL.M. & PhD from the Humboldt University of Berlin and LL.M. from Harvard Law School.

Ηe is admitted to practise law before the Greek Supreme Court. His practice focuses on restructuring law, both from debtor and creditor perspective. He also teaches Commercial Law at the Department of Accounting and Finance of the Athens University of Economics and Business, as a lecturer adjunct. Further, he was a member of the committee established by the Greek Ministry of Justice to amend the Greek Bankruptcy Code. Finally, he is a member of ECGI, CERIL, IEEI and other law associations. 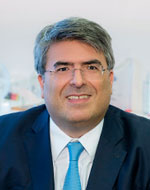 Alexander Metallinos is a partner at Karatzas & Partners. He holds an LL.B. from the law school of the National and Kapodistrian University of Athens, an LL.M. and a doctorate in European Law from the Westfälische Universität Münster and an LL.M. from the Yale Law School.

He has extensive experience in banking, finance, energy and corporate law, as well as international arbitration.

Alexander has participated in various committees for the reform of Greek corporate and insolvency law, including the committee that drafted law 4548/2018 on companies limited by shares (sociétés anonymes) and the committee to draft a new bankruptcy code.

He also provides the legal opinions on the enforceability in Greece of the netting provisions of the ISDA Master Agreement, of the ISDA collateral documents, of the Global Master Repurchase Agreement and of the European Federation of Electricity Traders Master Agreements. 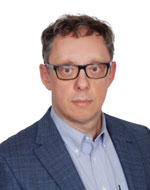 Vasilis Portokallis
Judge in the Athens Court of Appeal for Civil and Criminal Cases,

Mr. Portokallis serves as Judge in the Athens Court of Appeal for Civil and Criminal Cases, where he was appointed in May 2018. Previously, he served as President of the Court of First Instance in Athens, from 2011 to 2018, where he presided in the Commercial Law section. During his tenure he became an expert in insolvency law cases, and also dealt with all the spectrum of commercial law i.e intellectual property law, international transports, company law e.t.c. From 2001 to 2011, he was a first instance judge, dealing mostly with commercial law and insolvency cases.

He has participated in numerous seminars and conventions, on commercial law and especially insolvency issues, organized by EJTN (European Justice and Training Network) and other European and International organizations. He is also a member of the Judicial Wing of INSOL Europe and IEEI (International Exchange of Experience in Insolvency Law).


The webinar will consist of a 40-minute expert discussion, which will be followed by a live Q&A session lasting for 15 minutes. This webinar will be archived and available for replay on demand upon registration.

Mr. Vasilis Portokallis, Judge in the Athens Court of Appeal for Civil and Criminal Cases
Changes to the judicial responsibilities stemming from the new Code

Capital Link is initiating a series of webinars at regular intervals aimed to raise the profile of Greece as a business and investment destination to a global investment community. The webinars will feature experts who will share their authoritative insight on a broad range of critical topics relevant to the economy and the business and investment opportunities in Greece and the broader region. Capital Link is known for hosting top quality physical and digital conferences around the world as well as a series of webinars and podcasts on a variety of industry, finance and investment topics. Capital Link's events combine top informational and education content with rich marketing and networking opportunities.
For more information on webinar sponsorship opportunities, please email forum@capitallink.com or call +1 212 661-7566.