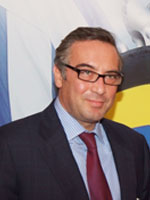 Dr. Nikolas P. Tsakos is the Founder and Chief Executive Officer of Tsakos Energy Navigation (TEN), a pioneering shipping company, established 26 years ago and quoted on the New York Stock Exchange. He comes from a traditional Chios seafaring family and has extensive seagoing experience, having also served as an Officer in the Greek Navy. Mr. Tsakos was the Chairman of INTERTANKO from 2014 to 2018 and the former President of the environmental organisation “HELMEPA”. He sits on the boards of a number of maritime and finance organisations and associations. Nikolas graduated from Columbia University in New York with a degree in Economics and Political Science and obtained a Master’s Degree in Shipping, Trade and Finance from London’s City University Business School (CASS). In 2011, he was awarded an honorary doctorate from City University, for his pioneering work in the equity financial markets relating to shipping companies. He is married and has three children. 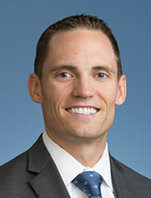 Randy Giveans is the Senior Analyst and Group Head of Energy Maritime Shipping Equity Research and a Vice President at Jefferies. He currently covers 27 energy maritime shipping companies that transport crude oil, refined petroleum products, LNG, LPG, dry bulk commodities, and containers. Prior to joining Jefferies in 2011, Randy worked as a Senior Financial Analyst in the Corporate Finance department at Continental/United Airlines. Mr. Giveans received a Bachelor of Science in Finance/Economics from Spring Hill College and an MBA in Finance with an Energy Specialization from the Freeman School of Business at Tulane University.