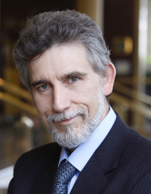 Since 1996 Mr. Nicolas Bornozis is the founder, President and CEO of Capital Link, Inc., an international investor relations and financial advisory group. It assists listed companies and capital markets related organizations to develop and maintain access to European and North American investors. Capital Link has offices in New York, London and Athens and is a leader in investor relations for listed shipping companies, U.S. Closed-End Funds and ETFs and international companies accessing the U.S. and European markets.

He also established and managed, Alexander Capital, L.P, a US broker-dealer firm, which developed brokerage and investment banking business in North America with the Greek, Egyptian and Russian markets. Sold the company at the end of 2003 to a group of US investors representing Russian interests. Between 1998 and 2002, he also established and managed Alexander Asset Management, Inc. which handled portfolios invested in the Greek and European equity markets.

Prior to Capital Link (1988-1995), he served as President and CEO of CCF International Finance Corp. (CCF IFC), the US broker/dealer subsidiary of Credit Commercial de France, now part of HSBC, and worked at the International Department of Bankers Trust Company in New York (1982-1984) and then at the Commercial Banking operation of CCF in New York (1985-1987) focusing on the financing of Wall Street firms and shipping.

He holds an MBA from Harvard Business School (1982) and a Law Degree from the University of Athens (1979), in Greece with specialization in commercial and corporate law and is a graduate of Athens College in Greece.

For a period of twelve years he was a Visiting Lecturer on International Banking and Finance at the City University Business School (Department for Shipping Trade and Finance) in London, United Kingdom. Also, he served as Chairman of the Investment Management Committee of the Harvard Business School Club in New York.

Dr. Stoupis, has received an Honors award by the American College of Physicians. She was an Infectious Diseases Consultant and Clinical Instructor of the Infectious Diseases Department of Warren Alpert Medical School of Brown University in Providence, Rhode Island and worked at the Brown University travel clinic and tuberculosis clinic for 7 years.

Dr. Stoupis is the Director and Founder of the “Travel Health”, “CTH –Certified” travel clinic at Athens Medical Center, which has been open since 2005.

Periclis Tzardis, MD, is Founder and Chief Medical Advisor of ShipMedCare Ltd a company which offers pre-employment screening of seafarers’ medical exams and on board medical tele-counselling for commercial vessel crews.

Prior to joining the Shipping sector through the establishment of ShipMedCare Ltd, Dr.Tzardis worked as Consultant and Senior Consultant General Surgeon in the Red Cross Hospital in Athens. He contributed to patient care in the areas of minimally invasive surgery and benign and malignant gastrointestinal diseases. In 2013 he became the Director of the 1st Surgical Department of Red Cross Hospital.

A native Greek, he received his Medical Degree from the Medical School of Athens University (1980). In 1983 he joined the 1st Surgical Clinic of the Athens University Hippokration Hospital, where he completed his residency in general surgery and obtained his PhD (1988). He concluded a fellowship in Transplant Surgery in the University of Minneapolis, USA, after earning a Postgraduate Scholarship in 1988.